Safety standards on construction worksites are paramount to keeping workers and members of the public safe. However, there is an emerging trend in the industry which is allowing standards to slip during the business end of projects, causing workplace incidents and injuries.

We caught up with Tristan Bailey – Director of Visions Systems Ltd, to find out why mishaps are becoming more frequent, and what can be done to minimise the slipping of standards.

With over 20 years of experience in the industry, his insights into the culture and inner workings of the construction industry shed a light onto where companies are going wrong, and how they can help address these problems for the future.

When you say that safety standards are slipping, what exactly do you mean?

In the construction industry you’ll have a huge drive for health and safety right at the start and generally during the project, because there’s people to manage it during the process. For the first 95% of a project, it’s efficient and all the sub-trades have to fall in line, however when it gets to that last 5%, or business end, everything feels like it gets thrown out.

This is from first-hand experience – from working on the tools and from walking around the sites as a BDM, I’ve seen it from both sides. For me, it’s definitely slipping, and it always has been. The differences between now and ten, fifteen years ago is that health and safety on a site wasn’t as strict, so there wasn’t as much to slip.

So who’s responsible for letting things slip at the business end of projects?

Ultimately, you’re responsible for your own safety on site and for your team, however, the head contractor or principal, is responsible for the site themselves. If they’re prepared to allow things like different forms of ladders, or people working without Hi-Vis and PPE gear on site, then they’re letting it slip.

Is it a matter of the New Zealand “She’ll be right” culture, or just needing to get the job done?

Both, I think. New Zealand doesn’t promote and highlight injuries, deaths and near-misses on sites enough. It’s the “She’ll be right” Kiwi attitude, which has been brought into that last business end of the project – when a practical completion date just needs to be met, a lot of things get pushed under the carpet to make that happen.

Who’s most at risk when somebody breaks a rule?

Everyone, if you’re acting unsafe on site you could injure yourself, others contractors or the public, when rules are broken no one is exempt from the consequences.

What’s the worst that can happen?

Death. It is the worst possible stakes you could play against.

If you were given two parachutes and told to jump out of an airplane and the pilot said, “One’s going to open, one’s not going to open,” would you even consider jumping out of the plane?

If people aren’t thinking about their own personal safety, are there any less aggressive outcomes that could be implemented?

Absolutely. It’s hard to get it right every time, but the key is to try and get it right, and if you get it wrong, make those changes to make sure you are getting it right the following times.

If there were instant fines on site, that would make a big difference and it would soon get around the industry. The problem is enforcing those fines – I believe WorkSafe is one of the only companies in New Zealand that can do this. If individual sites or construction companies could change their contract with their subcontractors to engage under certain terms of conditions allowing them to issue instant fines. You imagine if you showed up and you were found to be working unsafe on a site and there’s an instant fine of $100 – things would start to change.

So, what would you do if you caught a team member circumventing the safety standards?

I did, three weeks ago. I was on a site and saw a guy starting to climb up on the framing – I pulled him down, asked him what he’s up to and went and grabbed him and his super. We had a quick chat about it on the spot, looked at ways he could work better and safer and lodged it in our online app

Do you think there’s enough education around safety standards?

No, of course not. Knowledge is power, but it needs to be the relevant knowledge. Recently I completed an online safety course and the trainer was discussing facts from 2016 safety reports.

Do you think there’s a need for more or less regulation from the Government?

I think there needs to be an understanding of the regulations we’ve got at the moment. Adding more doesn’t mean it’s going to be better.

Do you think there’s a need to incentivise businesses to undertake that training and monitoring?

100%. If the Govt is going to give money to train apprentices, why not give them money to train someone who’s been doing this 20 years to make sure they’re still safe?

Finally, any last words to the industry in general around safety standards?

I think health and safety is the hill that no one’s ever going to climb. We’ve all got to keep trying, but you’ll never get to the top – and if you think you’re at the top, you probably need to leave the industry.

So, it’s evident that construction companies need to be more proactive in educating workers, and change their approach to safety standards on sites. We hope to see more companies in the industry acknowledging the problem, instead of sweeping it under the rug for a short term gain.

An eye on the future, a wealth of industry knowledge, and an excellent customer experience. 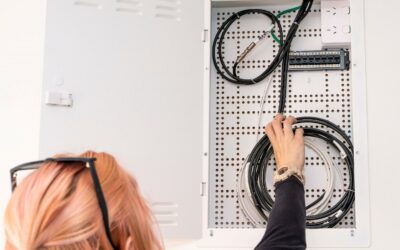 A day in the life of… An electrical apprentice

Kirsty works in Christchurch and loves the variety her job affords her. On a standard day she could be driving across the city to pick up supplies and tools for a project, watching and learning about the installation of cutting-edge electrical systems or solving... 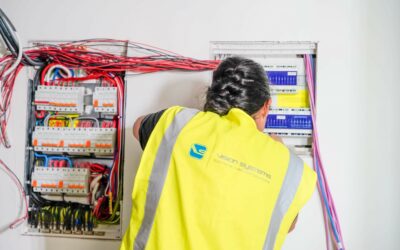 A day in the life of… A security apprentice

Imagine walking into your house without a key, a fingerprint or even a door handle. The door opens as if by magic and your internal alarm system deactivates and acknowledges your presence.  The future of security is dynamic and diverse, with technology playing a... By Lou Cooper People often ask me what it’s like to work in the construction industry. After some thought, I might reply that it’s the same as any other job; sometimes it’s demanding and challenging, but most of the time it’s satisfying and rewarding. However, the...